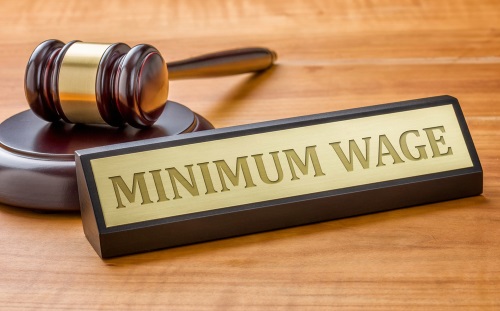 As most of you have heard, Governor Jerry Brown recently signed the “Senate Bill (SB) 3 – Minimum Wage Act of 2016” which will increase California’s minimum wage from its current $10 per hour to $10.50 per hour effective January 1, 2017. Annual increases are set to kick in until it reaches $15 per hour by 2022 for businesses greater than 25 employees, and by 2023 for business with 25 or less employees. What does that mean for employers and individuals?

In preparing for this, employers will be looking at ways to mitigate the negative impact it will likely have to their organization, their compensation structure, and ultimately their bottom line. Instead of the trickle-down effect, the new law will force a trickle-up effect, causing all pay scales to be re-evaluated due to wages being pushed from the bottom up. Is this sustainable, and what will be the ultimate impact to jobs and the economy? Will this force companies to cut back on hiring, or rely more on automation which has seen a recent increase at fast food restaurants like McDonalds, where you can order your food via a kiosk rather than a counter attendant.

With the passage of SB 3 (minimum wage), the CA Sick Leave Act which went into effect July of 2015 and Obamacare AKA the Affordable Care Act, the cost of labor has increased by roughly 35% overnight.

Companies will ultimately need to raise prices on products and services in order to afford the wage increase, thus causing the consumer to spend more on everyday items. However, with the current inflation at approximately 1.0%, the new wage increase will more than compensate for the yearly inflation rate hence benefiting the employees. Employees will essentially be making more money, hopefully spending more money and ultimately helping our economy… in theory.

Whether you are for or against the minimum wage increase, there are pros and cons to both sides. One thing to keep in mind is that there is a clause built into the bill that states if there is a recession or serious budget crisis, the increases could be suspended for one year.