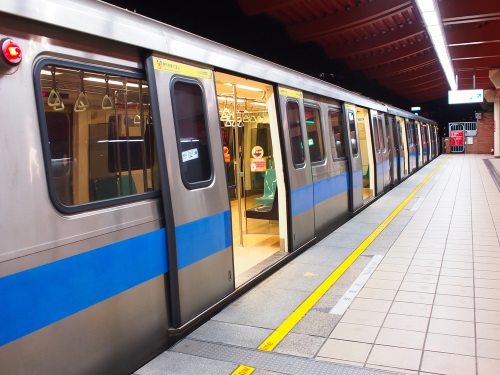 California is home to luxury cars, miles of beautiful winding coastal roads, and parking lot freeways. Southern California natives are especially used to time consuming commutes and learning tactics for patience as we sit in sunny bumper-to-bumper traffic each workday.

In a region where the freeways are nearly 8 lanes wide on each side it’s a wonder we don’t start looking to other cities to see if there’s a better way to commute. However, with metros a good distance from each other and the sprawling suburban areas crowding in between cities from Los Angeles to San Diego, public transportation has been limited for Southern California.

Texas A&M recently did a study of 136 metropolis cities in the United States to find out which cities have the best public transportation systems to get people from home to work and back. This wasn’t their only finding though. The study found that the average US commuter spends upwards of 42 hours per year stuck in traffic, which amounts to nearly $960 per driver annually in delays (work or other related). In contrast, 15 of the largest metro areas in the US clocked in at 63 hours per year of traffic. That’s a whopping $1,433 annually per driver!

So what cities made the list of best public transit?

An observation to be noted is that most of these cities are on the east coast in large city hubs. San Francisco’s BART and Oakland’s AC Transit did make the list, though Los Angeles came in at number 18. Another finding is that the use of public transit in cities has increased by 9% since 2011. Of the 136 cities, the ones west of the Rockies have increased their usage of these systems by over 20% since 2011.

Did your city make the list? What public transit options do you use in your city? Comment below to let us know!

This website uses cookies to improve your experience while you navigate through the website. Out of these, the cookies that are categorized as necessary are stored on your browser as they are essential for the working of basic functionalities of the website. We also use third-party cookies that help us analyze and understand how you use this website. These cookies will be stored in your browser only with your consent. You also have the option to opt-out of these cookies. But opting out of some of these cookies may affect your browsing experience.
Necessary Always Enabled

Any cookies that may not be particularly necessary for the website to function and is used specifically to collect user personal data via analytics, ads, other embedded contents are termed as non-necessary cookies. It is mandatory to procure user consent prior to running these cookies on your website.