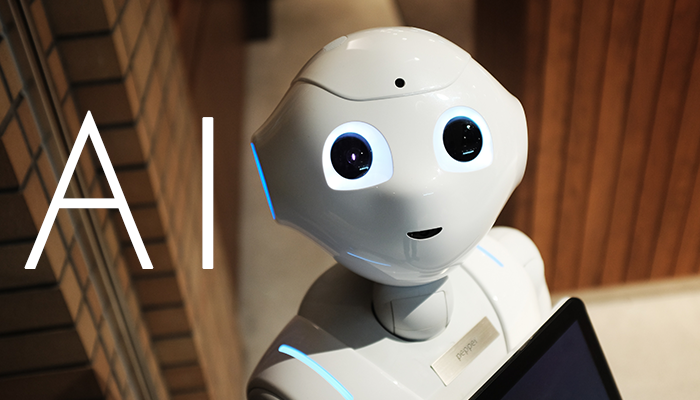 Artificial Intelligence (AI) is more than just a trend. Companies are steadily incorporating AI into their day-to-day, and those forward-thinking businesses will increase from 15% to 31% over the next year. Sixty-one percent of companies are looking forward to making AI and machine learning their top business priorities for 2019.

Today, 80% of enterprises are already investing in AI in some way. One report found that many executives are already looking to AI to increase productivity by handing over repetitive, simple tasks to machines. According to PwC, 72% of businesses see AI as a “business advantage.”

But the words “artificial intelligence” don’t have to invoke anxiety in job seekers. Although AI will automate some jobs currently performed by humans, it’s also creating new opportunities for those willing to take a step toward the future today.

AI is the future. But in the midst of a shifting landscape, a 2017 McKinsey study showed a 5% decrease in jobs due to AI efficiency. A 2013 Oxford Study reported that by 2030, nearly half of jobs will be automated. As we move toward that future, the next year could set job loss between 4% and 7%. But despite the fact that a few companies are phasing out smaller roles in favor of AI, 83% of those using it are seeing job-creating benefits for senior roles.

Gartner predicts that AI will eliminate 1.8 million jobs by 2020—but also create 2.3 million. A majority of companies will be adding a Chief AI Officer to their staff in the near future. In light of the changing job opportunities, it will be vital for employees and job seekers to boost their skillsets with coding and software development to be able to vie for these senior roles.

AI will create new opportunities for job-seekers, as long as they look to the future when positioning their skills. Amazon, for example, has added 55,000 robots to its warehouses to enhance productivity on repetitive or dangerous tasks. But rather than edging human workers out, the company has hired or trained people to fill new roles that augment and oversee the machines.

Must-have skills for the AI workplace

Preparation for these jobs, however, may pose a challenge, considering many of the jobs haven’t been created yet. So how can you prepare for a job market that is still under construction? Learn to learn.

While menial jobs may see AI replacing human workers, the shift offers new opportunities to expand skills and move up to senior and management positions. But the growing jobs aren’t only in strictly AI fields. Sixty-seven percent of AI jobs will require data science and analytical skills—that is, they will require functional specialists who understand the “basics of data science and data visualization and something of how AI ‘thinks’”, according to PwC. If you want to gain the upper hand over machine (and man) in the future-driven workforce, augment your own skillset by boosting your expertise in the following areas.

The rise of the machines means more people than ever will be needed to “build, fuel and maintain the technologies and the AI digital transformation.” Get smart on technology and its role in productivity to position yourself for continued success.

People with science, technology, engineering and mathematics expertise will become more valuable than ever. Educating yourself in these areas—especially how they apply to your industry—is a viable investment in your future.

Soft skills are vital in an increasingly mechanical world. As great as machines are at doing what they’re programmed to do, they lack the innate qualities that create and drive the world forward. But as the environment continues to evolve, adaptable humans can bridge the gap between past, present and future, and bring machines along for the ride.

Machines don’t always have the upper hand. Creativity and the ability to think through a problem are very human endeavors. Developing or fine-tuning these skills can help you not only work alongside machines, but lead the charge toward a more productive and efficient workplace.

The future of AI in the workplace

Over the next decade, AI will augment the workforce to enhance efficiency among employees. Eighty-two percent of employers expect that their teams will integrate with their AI systems. But that will be most possible if you develop the skills to create, understand or monitor AI systems.

Positions such as AI trainer, digital HR business partner, machine learning engineer, and conversational designer are expected to hit the job market (along with more traditional roles like research scientist, data scientist and business intelligence developer). Those who are trained and ready to take the lead in the evolving AI world will have the upper hand when it comes to getting the job.

While AI is still a relatively new field, employees can augment their own tech, science and engineering skills by reading, learning from others or enrolling in online courses to boost their existing skillsets. The future is AI. Are you ready?